Auto Odor Removal Near Me

It all started with eliminating auto odors. Keep It Clean has become a trusted expert in removing odor from cars, trucks, and other vehicles thanks to years of experience and a well-developed protocol. There are numerous sources for these odors, but no matter where they come from, we know how to eliminate your car odor woes and sweeten your ride like never before. It depends on the severity of the smell. Remember we don’t mask the smell. We eliminate it! This is why all High End Car Dealerships Trust Keep It Clean Carpets and Tile.

Seriously, bad odors stink! One thing that most humans share is the horrible feeling we get when we enter a room or area with a foul odor. It’s incredible how our bodies detect dangerous bacteria without our knowledge. The only reason we recognize these bacteria is because of our incredible sense of smell. So, when we get into a car after a night of heavy partying and find spills, stains, body sweat, and vomit, we should thank the alarm system right above our mouths.

There are numerous types of bad odors that one can encounter in their vehicle. The smell of rotting food, spilled drinks, body sweat and odor, mold, urine, a dirty diaper, vomit from a night out, and a variety of other unpleasant odors. These types of odors, confined to the interior of your vehicle, can be hazardous to your nostrils. That small amount of space, combined with the toxicity that these things usually emit as they age and settle into your seats and carpets, can be unbearable. 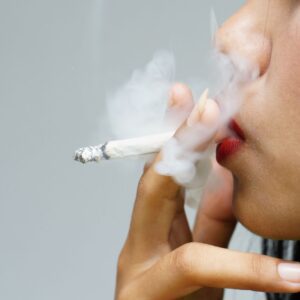 Spoiled milk odor removal, vomit odor removal, mold odor removal, smoke odor removal, and urine odor removal are some of the many odor removal treatments we offer. Keep It Clean has been serving Miami Dade County for the past 15 years and has encountered a variety of circumstances and situations that most people don’t think about until it happens to them. For a few days, leave a few drops of milk in your carpet. The odor is literally rotten. Our experience has taught us the proper methods, tools, and products to clean, disinfect, and get to the bottom of the bad odor that is causing havoc in your vehicle.

We specialize in car odor removal! For example, did you know that the moldy odor in your vehicle is caused by excess moisture that has not been properly expelled? We can assist you in drying out the interior of your vehicle while also removing the moldy odor that is permeating the air in your car or SUV. We have serviced hundreds of vehicles with bad odors all through out Miami Dade County. Schedule your odor removal service right away.

Pet odor from car transportation – The same pet odors that can plague your home can almost certainly be found in your car, if not more so. Pet dander, pet hair, the smell of ‘wet pet,’ nervous pheromones, and, of course, the remnants of the occasional pet accident can accumulate in the confined spaces of automobiles. Pet odors in cars, like smoke odors, are small, can enter deep within the recesses of your car seats, carpet, and headliner, and are far better removed than covered with a masking agent. We guarantee the removal of pet odors from your vehicle.

Athletes’ Hard – Training Odor – We’re not suggesting that hockey and soccer moms stink – far from it… They are simply the willing and caring victims of the odor brought into their vehicles by their athletes. Sports equipment in the back of the van, sweaty uniforms on the passengers, and the occasional sock that finds its way under a front seat can all continue to punish the poor mom who only wants the best for her children, right? We have the solution: a complete odor removal treatment that will remove every ounce of odor from her car, guaranteed.